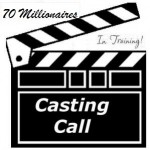 Last days for ‘pre-applications’ to become one of my 70 Millionaires … In Training!

I am offering the first 70 – and, 70 only – of qualified readers free lifetime access to all of the Premium Content on the site.

First, though, you’ll complete a short application form, so that I can see whether you will be a contributor to the program, or just a freeloader 😉

Better hurry, free is a pretty good incentive and I reckon you’ll be fighting for your place … 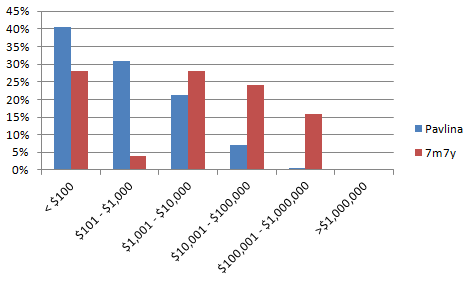 In an interesting experiment in the ‘dark arts’ of using visualization and other techniques a la The Secret, Steve Pavlina challenged his readers to attempt to ‘manifest’ $1,000,000 each:

This experiment is based on the intention-manifestation model of reality, where the goal is to generate $1 million of additional wealth for each person who chooses to participate.If you wish to participate, all you need to do is to decide to put forth the following intention:

In an easy and relaxed manner, in a healthy and positive way, in its own perfect time, for the highest good of all, I intend $1,000,000 to come into my life and into the lives of everyone who holds this intention.

The experiment claims $5.5 million that participants would not have received in ordinary earnings, and Steve Pavlina achieved over $100k in 18 months all on his own.

But – and, this is a big BUT – Steve did set the bar at $1 million dollar each, but NONE of the participants achieved that target.

More importantly, as the graph shows, our readers (most of whom, presumably, did not use creative visualization, chants, or the suchlike) actually achieved a much greater average result!

In fact, as I pointed out in my last post:

In that 18 month period, nearly 1,600 participants [in Steve Pavlina’s Million Dollar Experiment] reported ‘manifesting’ anywhere from $504,873.56 (in just one day; if you choose to believe him) down to just one cent.

Our response to this challenge ‘produced’ more than an average of $18.5k for each $7m7y participant (!) …

… I don’t know how the Universe really works – or whether there is any Power in Intention – but, can I at least claim the Power of Reading the $7 Million in 7 Years blog as the key to manifesting your own millions? 😉

5 thoughts on “A manifest error?”