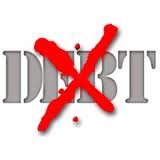 There’s a war raging out there: it’s being fought by authors and bloggers everywhere.

But, is it the right war? Is it a just war? Or, are we just throwing ourselves, by the millions, into a hail of fire: exploding spending, rampant inflation, the death of social security?

Sure, as we sit in the relative safety of our trenches (at least, that’s what we tell ourselves, until a random mortar shell of job loss or unexpected expenses chooses to lob our way) this is not OUR future … it’s somebody else’s, or it’s too far away, or it just can’t happen …

The sad truth is that legions have jumped the wall before us and have been brutally cut down for lack of an adequate nest-egg; it’s sad to see them go over the dreaded wall of retirement (be it their time, or forced on them early) without an adequate safety net … when they do, it’s as though their grim fate had already been sealed.

Broke – or ‘just’ financially crippled – and unable (for financial reasons) to live life as they had hoped, they are a sad, sad lot.

You see, the war that they fought wasn’t – isn’t – a just war. It’s not even a war … well, it shouldn’t even be more than a skirmish.

It’s the War Against Debt!

When it comes to that war, I’m strictly a pacifist; isn’t it better to simply avoid BAD debt?

Of course, that doesn’t mean that we can’t … shouldn’t … defend ourselves.

Far from it: if we find that BAD debt has snuck through our defences, let’s keep an eye on it. And, if we find that it’s also EXPENSIVE debt, then let’s whip out the Big Guns and wipe it out. Quickly, surgically …

… but, let’s not commit Debt Genocide.

You see, unlike the well-intentioned, but largely Debt-McArthyist “ALL Debt Is Bad, So Let’s Wipe It Out” rabble out there, let’s first ask The Missing Question:

What will you do after your debt is paid off?

But, does that REALLY happen? Who better to ask than Money Reasons:

This past February 2010, I became totally debt free, but now what!

I thought that there would be a period where I would break even for a while, and then start to plow about $1,000 extra each month into investments!  So now that it’s seven months later and how much extra did I save or invest?  Not a single cent!

Hang on, the whole purpose of suiting up for battle – for going to war against debt – was so that you could start investing, right? What’s up with that, Money Reasons:

Well it’s been a matter of bad luck with equipment breaking down and needing replaced and spending too much for our past vacation to Hilton Head Island!

But it’s also been a subtle form of LifeStyle Inflation!  Thinking back now, I realize that when wants would arise, I would just go ahead and buy it.  Yeah, I thought about it a bit, but I knew that I had the cash.  Then when your car and lawn mower broke down, I had the cash too…

The problem with this war is that it’s an unjust war; as TraineeInvestor said: “Debt is a tool. Paying it off is simply choosing not to use the tool.”

… go and fight a war for investment 😉