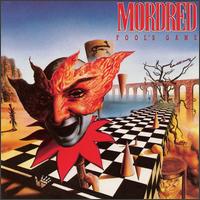 I’m hoping that after today, you’ll never look at stocks quite the same way again … first we need to go back to when Debbie asked how “the value of a company … translates to the price per share?”

Now this is REALLY key:

IF private companies (from your neighborhood hairdresser to the engineering firm in your local industrial estate) sell for 3 to 5 times their annual net profit (i.e. a P/E of 3 to 5), then

WHY do public companies (those traded on stock exchanges around the world) sell for P/E’s of 15+?

There are a number of reasons, but if you had to pick four they would be:

a) Convenience: you can simply buy/sell as much/little of the company as you like,

b) Regulation: by necessity, these companies are well-regulated by the various government overseeing authorities (e.g. in the USA it’s the SEC, amongst others),

c) Transparency: by law, companies are required to disclose everything about their companies so, in theory, the guy holding one share of the company knows as much about it as the majority shareholders [AJC: enter Martha Stewart!],

P/E ratios are all about liquidity. I can sell my stock in 30 seconds but good luck selling a business in under 6-12 months.

If I had to boil it down to just one factor, I would say that Brandon is right: it’s all really about allowing people who don’t know what they are doing to get in and out really quickly.

Now, think about this: even though, I have never seen this explained quite this way [AJC: so, perhaps I’m the idiot here?!], to me, it explains why (i) Warren Buffett is the richest man in the world, (ii) the best fund managers around can’t ‘beat the market’, and (iii) why the typical investor averages less than 4% return from the stock market and would be better off just leaving their money in cash:

People pay FOUR TIMES WHAT A COMPANY IS REALLY WORTH just for the privilege of not having to worry about getting in and out!

Read that again … before you buy your next stock 🙂

So, stocks have TWO values:

1. Their ‘intrinsic value’ i.e. what the underlying business is really worth, and

2. Their ‘market value’ i.e. what people are willing to pay for the privilege of throwing them around like casino chips.

Traders and speculators (and, aren’t we all?!) buy on the second … but, true investors (e.g. Warren Buffett) buy on the first.

Warren Buffett, and a relatively few investors like him, don’t care about the advantage of getting out quickly … they deal with that by avoiding selling! Sneaky, huh?

So, ‘value investors’ like Warren Buffett look at what a business is really worth, and buy it when it’s at that price LESS a margin of safety (they usually try and buy when the current stock price values the company at 50% – 80% of the ‘sticker price’ i.e. what their discounted future cashflow analysis tells them the company is really worth).

[Hint: because of some of the other advantages that we mentioned, it’s usually when the P/E is around 8]

So, think about it: Warren buys when the stock is valued at much closer to what he thinks the underlying business would be valued at if it were a private company (like that hairdresser) … then, he sells it – if he sells at all – to all of those other suckers out there when the stock gets up to normal valuations: for ‘normal’ read ‘sucker’ 😉

That’s why Brandon also is right on the money -literally – when he says:

That’s why the holy grail for private equity firms is the IPO. Buy a company at 5-10x earnings and take it public for a valuation of 15-30x.

Now, THAT’S a way to make a quick buck …

… but, hang on: if they are MAKING a quick buck selling at 15x – 30x valuations, what are WE doing when we are BUYING AT THAT PRICE?!