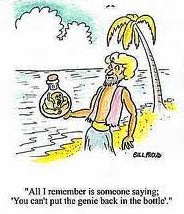 As I said in my last post, I think it’s ironic that the time that you think about income the most is when you don’t have any.

And, that’s usually because:

And, the second one only becomes an issue if – like most people – you haven’t really thought about how much income you DO need when you are retired. For example, this 2006 AARP survey (rather depressingly) showed:

One-third of workers (31%) have not yet saved any money for their retirement; 26% admit they are not confident they know how to determine how much money they will need to live comfortably in retirement.

Unfortunately, for most people, the retirement income decision is made in two entirely unrelated sets of decisions:

1. How much income will you have pre-retirement?

This one is not really a decision for most of us: most people receive an income that is simply based on opportunity.

For example, you are presented with a new career opportunity; it may come from an employment ad you happened to see in a newspaper, or somebody contacted you (a friend, a headhunter), or it may be forced on you by a down-sizing at one company that leads you to start looking seriously.

In any event, you think you are lucky, because you score a new job with a 20% pay increase over your previous job!

But, you are not really lucky, because of the second – almost totally unrelated – decision that you then need to make:

2. How much money will you have in your nest-egg when you retire?

This one is really a function of:

a) Time: i.e. how long do you have until your retire – or, are forced to retire (through job loss, injury, circumstance)?, and

b) Accumulation Rate: i.e. what % of your income are you willing – and, able – to save?

The two choices are not entirely unrelated, as I previously claimed, because most people save a fixed % of their income (e.g. 2% with an employer match of some sort) into their 401k; presumably, this increases as your income increases.

But, virtually nobody – and, I mean nobody – really works backwards and says: “if this is my income today, and it grows at least with inflation – or more, if I am really clever and opportunistic – what does that mean at retirement?”

If you want to scare yourself, try this little calculation:

2. Double that number, because in 20 years (due to the effects of inflation), you’ll actually need double that amount.

That, according to the Rule of 20, is how much you will need to have in your nest egg if you want to retire in, say, 20 years time.

I’m guessing that this will be a Big Scary Number.

So, let me give you two choices: 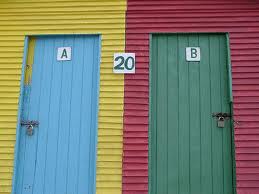 A. Control your income NOW so that you don’t have to worry about it in retirement

This is the frugal [read: boring, yet sensible for most people] way and it has two major benefits:

– By controlling your income now (i.e. not increasing your income dramatically), your frugality allows you to lower your final pre-retirement income expectations as well. When you plug these nice, conservative, frugal numbers into the above calculation you, hopefully, come up with a Slightly Less Scary Number.

– But, this doesn’t mean forgetting about opportunity …. no, absolutely the opposite is true: you still chase all of those increased income opportunities, but instead of spending more when you are lucky (!) enough to land one, you save – a lot – more, which gives you even more chance of reaching that Slightly Less Scary Number.

B. Put your income earning capability into overdrive

But, what if you could reach that Big Scary Number?

But, how can you do that?

Well, rather than focussing on cutting costs, you focus on controlling costs. But, far more importantly, you focus on ways to increase your income …

… ways to increase it even more than you previously had your sights set on (i.e. in question 1., above).

Of course, you then don’t spend the extra income, instead you save it … saving at least half of all future salary increases.

Not only does this allow you to rapidly accelerate your savings (dramatically bumping up the size of your eventual retirement nest-egg), but it also provides a huge income cushion allowing you to deal with short-term income setbacks by temporarily slowing your rate of savings (say, from 50% of your accumulated salary increases to a more ‘normal’ 10%) rather than compromising your underlying lifestyle.

The real safe wealth building secret is to:

Accelerate your income rapidly, but your lifestyle slowly!

So, what could you do to increase your income, even more than you have previously dared to hope?

Any one of a thousand things!

This blog is obviously aimed at those who want to choose Door B.

And, far more importantly than greed, the real reason is that once you let it out (i.e. accept an income increase) it’s almost impossible to stuff the income genie back into that bottle …

… in other words, rather than trying to live frugally by focussing your financial plan on cutting costs and saving the little that’s left, it’s far better to prepare a plan that allows you to rapidly increase income and spending in a controlled manner, so that you can build in the buffers that allow you to preserve your lifestyle should things go wrong.

But, which option would you choose?

And, what would you do do if dramatically increasing your own income actually became a financial imperative?

3 thoughts on “Stuffing the income genie back in the bottle …”