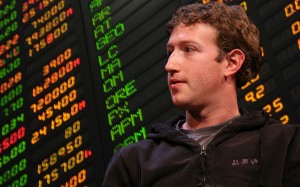 After the recent Facebook float, how did Mark Zuckerberg fare, and – more to the point – how is he going to live?

According to the online business media:

The founder sold 30.2 million shares out of his entire holding, leaving him with a $US1.1 billion payout. It’s a huge amount of money, even after taxes, but it doesn’t come close to his final stake, somewhere in the region of $US19 billion.

So, the answer to the “how is he going to live?” question is: very well, thankyou!

Instead, let’s take a look at a hypothetical Internet business owner whose company IPO’d for mere millions in value, instead of Zuckerberg’s billions:

Let’s say that our hypothetical founder sold 30.2 million shares out of his entire holding, leaving him with a $US1.1 million payout. It’s a lot of money (let’s pretend that it’s after taxes), but it doesn’t come close to his remaining stake in his company, somewhere in the region of $US19 million.

How is our founder to live?

It would be tempting to say that he has $20 million, so a typical ‘safe withdrawal rate’ of 4% [AJC: which could be achieved through a combination of dividends and selling down small amounts of stock each year] would suggest that he has a massive $800k disposable income each year.

But, spending anywhere near $800k – even spending anything more than 25% of this amount p.a. – would be a huge mistake.

You see, the bulk of his money is in stock … and, risky stock at that: 5% of his net worth in cash and 95% in one relatively small, ‘hi tech’ company …

… and, we know what happens in tech: it can be boom/bust [AJC: remember MySpace, anyone?].

This is no different to an athlete trading off his contract, and spending money like it’s forever … except when it isn’t, which is why 78% of NFL players and 60% of NBA players are bankrupt within two years of leaving the game.

The second – less aggressive – temptation, then, would be to live off the dividends from the stock held …

…. let’s say that the company pays 2% dividends [AJC: which would not be unusual for a tech. company seeking to reinvest in itself, or acquire other companies, even though many – such as Apple – would pay zero dividends], which would deliver $400k per year.

But, again, what happens if the company stops paying dividends?

Instead, what our founder needs to do is realize that he is merely potentially very rich, but right now is a very valuable employee (and, controlling shareholder) of a company that is rewarding him with (a lot of) stock that may – or may not – one day convert to cash.

So, what our founder needs to do is count his blessings … I mean, assets:

1. He probably has a very healthy $400k+ annual salary, he should live off no more than 50% of this (indexed for inflation) and invest the rest.

3. He has a starting nest egg of $1.1 million, which he should invest in ‘passive’ income-producing investments [AJC: real-estate is ideal for this]

As he starts to convert more stock to cash (i.e. through sale of small amounts of stock each year, as the law & his board may allow, and/or dividends) eventually, his nest-egg will grow to $4 million …

… which is his lifestyle break-even point i.e. the Rule of 20 says that your nest-egg should be 20 times your required annual living expense, which is currently $200k.

The good news is that anything converted to cash – hence, into passive investments – over $4,000,000 allows our founder to increase his annual living expense.

a) Sure, you’ll be living well below your ‘paper means’, but once you realize that your wealth is merely on paper, you’ll get over it, and

b) You’ll slowly-but-surely be transferring your ‘paper wealth’ into real wealth (i.e. passive investments), and

c) If you choose income-producing real-estate as your vehicle for holding your ‘real wealth’, you’ll pretty quickly find that you are able to support an even more quickly-increasing standard of living, no matter what happens to your tech company, and sooner than you may think.

This is how to bullet-proof your future …

… unless you’re Mark Zuckerberg, who can probably already survive on 4% p.a. of $1.1 billion 😉