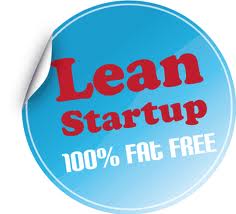 I don’t know if you follow the startup scene, but you will see a huge movement to the concept of ‘lean startups’ as championed by Steve Blank and Eric Ries.

However, one man’s lean is just another man’s bootstrap.

That’s not exactly correct: bootstrapping a company generally means starting it without much / any outside finance and launching it on the smell of an oily rag.

… if you know Guy [AJC: he’s an early Apple employee; founder of garage.com one of the original Silicon Valley angel investing firms; and, author of a number of ‘must read’ business best-sellers including ‘Art Of The Start’] he could certainly afford to pay more to start his business … a lot more … he just chose not to 😉

On the other hand, creating a Lean Startup is more about talking to customers before spending money than simply looking for ways to cut costs. But, there’s nothing new in this … it ‘s just – or should be – common sense.

Let me explain with an example from my own business life …

When I first came up with the idea for my business – the one that I eventually ran in the USA, Australia, and New Zealand and subsequently sold for many millions – I had NO experience in the field.

It was just an idea that I got from working in a slightly-related industry (via my other business that I still own today).

However, rather than jump out and launch it, first I did a few things:

1. I found a business in the USA that had the same idea and had been ‘doing it’ for at least 10 years. I tracked them down and flew to the USA and met with the founder. He happily helped me understand the business.

That’s when I undertook my first ‘pivot’.

A pivot is another one of those sexy, new-fangled terms for something that every startup founder who eventually succeeds fully understands (and, those who fail have never worked out for themselves) that says: your first idea sucks.

It’s only once you TALK to clients and competitors that you will KNOW what to build. And, my original idea was not IT.

2. Aside from a new perspective on how to build my business idea, the second thing that I got from the US business’ founder was some industry data. But, it was for the USA.

Being an analytical type of guy, I decided to find out what these numbers would look like for Australia. Basically, they were to support our marketing message by providing backup industry data. Since there wasn’t any in Australia, I set out to adapt the US version by doing my own research.

Once I had this research in hand, I decided to try my hand at writing my own press release (I couldn’t afford a PR agency) and sent the 4 page report that I wrote out to a couple of business magazines.

By some miracle, I ended up with a full page article (including photo of a very young-looking AJC) in Australia’s most prestigious business weekly (think Forbes for Australia). I was quoted as “Australia’s Expert”, yet I hadn’t even handled one single transaction!

3. On the back of that article I was approached to produce a 2-day course on the subject matter of my report. The company was affiliated with a major Australian university (people attending my course received credits towards their professional accreditation) and I was paid $1,000 per course to deliver it! Yet, I still hadn’t handled even one transaction.

Those things not only proved that my idea – and, unique approach (as taught by my new US colleagues) would work in Australia, and that there was definitely market demand … it also brought me my first 5 ‘Fortune 500’ customers!

So, I had found an idea, researched the best way to implement the idea, promoted the idea, sought market feedback (i.e. was somebody prepared to pay money to learn about and/or use the idea), and signed up my first customers …

… only THEN did I set about to build the actual business: hire staff, build software, etc., etc..

Now, that is what Lean Startup really means 🙂