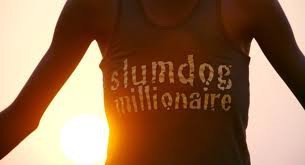 KC points me to an article in Yahoo Finance:

A new AP-CNBC poll finds nearly one-third (31 percent) of U.S. residents believe they would need a minimum savings of $100,000 to $500,000 if retiring this year in order to be confident of living comfortably in retirement, and 22 percent believe the minimum is $1 million or more to retire comfortably.

I’ve just conducted my own survey and I’ve found:

– 22% are only slightly less blinded to the obvious to think that even $1 million will be enough to sustain them in retirement.

Let’s say that you can withdraw 4% of your portfolio ‘safely’ each year (a figure commonly promoted by the financial planning industry): then, you can give yourself a salary of:

Now, there’s be a whole bunch of people reading this who’ll say: “$40k a year, indexed for inflation … for life … without working. Now I can live with that!”

So, let’s see what it will take to get to $1 million in retirement savings; the same article says:

If you start with an initial $10,000 investment and your portfolio grows by 5 percent every year, here’s how much you need to save each month to reach your $1 million goal by age 70, according to Bankrate.com’s calculator.

Did you check out that last point? Even if you could save these amounts, your $1 million is whittled down by inflation by the time you get there, so $40k expected retirement salary is only worth (in today’s dollars):

– Quadruple the above suggested monthly savings rates if you’re 25

– Double the above suggested monthly savings rates if you’re 45

… Oh, and did I mention that these numbers are after tax?

And, just when you were kidding yourself that you really can save yourself to a decent retirement: current CD rates are 1% and inflation is still running close to 0.5%, meaning that even a 4% withdrawal rate – previously described as ‘safe’ according to the financial planning industry – is committing financial suicide.

Or, you could just keep reading this blog and find a whole new way to look at your financial future 😉

[AJC: Try and find consensus on inflation; it’s hard! One article that I saw in researching this post suggested that inflation is currently running at just 0.5%, another says 4%, as suggested by Steve in the comments below – http://www.bls.gov/news.release/pdf/cpi.pdf. Since nobody really knows what inflation will be over a long enough period, I always use 3% – 4% just because it makes forward planning easy: just double your estimate for how much money you need to retire with for every 20 years until retirement]

9 thoughts on “A new kind of slum dog millionaire …”