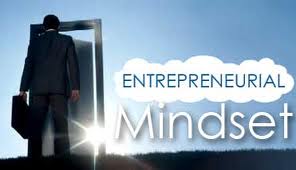 There’s a misconception amongst my friends – which I don’t bother correcting – and, amongst some of my newer readers – which I will correct in this post – that I made my first $7 million through selling my businesses.

Since the sale was to a public company, the details of the sales (there was more than one) are equally public …

… which is one reason why I choose to remain ‘semi-anonymous’ here.

What my friends don’t realize is that well before selling my businesses even became an option, I had been quietly building up a real-estate and stock investment portfolio instead of paying myself a decent salary.

In fact, my self-paid salary never exceeded $50k a year (plus cars) until I moved to the USA, at a time when my professional friends were all earning at least double or triple my salary.

At one stage, I owned 5 condos and a commercial office building (now, I still own the five condos, but sold the building, adding an extra house, a small, downtown retail shopfront, plus two high-rise condo development sites in its place, not to mention various business and venture investments).

In fact, I wouldn’t be writing this blog if my first $7 million (that I made in just 7 years) relied on either selling my business, or drawing a huge salary as that wouldn’t be repeatable for most of you.

So, for me to write a personal finance blog about my (later) business success would be about as useful as a lottery winner writing about their lottery success: interesting, but hardly a key learning experience 😉

So, you do NOT need to be an entrepreneur to make your own $7 million in 7 years …

… but, you do need to be entrepreneurial.

You don’t need to start a business, but you have to make investing your business.

And, that takes a particular mindset; I’m not sure if it can be learned, either. That’s because I believe that entrepreneurialism is an instinct.

How can you tell if you have the entrepreneurial instinct?

Well, I can think of at least three ways:

1. There’s an old joke that asks: “how you can tell who the psychologists are at the movies?”

Answer: instead of watching the movie, they’re the ones in the audience watching everybody else!

Well, my twist is to ask: “how can you tell who are the entrepreneurs at the movies?”

Answer: they are the ones counting the number of seats that are occupied v unoccupied and mentally calculating the ticket price of each to try an work out how much money the theater is making!

Are you that guy? If so, you probably have the entrepreneurial instinct to try and find the ‘deal’ in eveything that you do.

2. Do you play poker? If so, what kind of player are you?

Are you a ‘rock’ or ‘grinder’ who plays tight and patiently waits for the ‘nuts’ (think a pair of Aces or Kings, if you don’t play poker and you’ll get the idea)? Then you’re probably more suited to frugal ‘save and wait’ personal finance philosophy … forget making $7 million in 7 years: it’ll never happen.

Are you a ‘fish’ who just plays the two cards in your own hand without considering what the other guy may have, do, or represent? If so, you should probably quit poker now; equally, you probably don’t have the creativity and imagination to succeed in ‘serious investing’ either.

Or, are you a creative player who knows when to flat call (with the occasional raise, just to be cagey) with a speculative hand (such as a pair of 3’s, or a small suited connector like a 7 or hearts together with a 6 of hearts) knowing that you will either throw the hand away pretty quickly or you will take a lot of money from the ‘rocks’, if you hit your third 3 or make two pair, a straight, or a flush with your 6 and 7 of hearts.

This is the kind of thinking that will help you test an investment, then follow through if it proves to be working for you.

3. You can try a psychological test.

… but, even though I ended up in my own business/es, I didn’t realize that I had true entrepreurial instincts until I signed up to do a Kolbe A-Test.

Not surprisingly – in hindsight (!) – I came up as an entrepreneur … by instinct!

That gave me even more confidence to proceed at ‘full steam’ with my investing (and, business) plans; maybe one (or more) of these methods might do the same for you?

4 thoughts on “The entrepreneurial investor …”