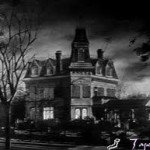 Thanks to all of those who entered my SECOND $700 in 7 Days Giveaway; you still have a couple of hours to sneak in and submit your entry for what looks like a better than 1 in 30 chance to win the first prize of $350 in cash … that’s like $10 just for filling in a 2 second form!

If you refer friends, you will be in the running to win the second ($150), third ($50), and fourth prizes of ($50) CASH as well … right now, I’ll be struggling to give all of those prizes away, so that’s a pretty good hint. But, since you’re late to the party, you’ll have to find the entry form yourself. HINT: xxxx 😉
_______________________
I wasn’t spanked by my readers nearly as much as I expected for sharing my happiness with my mansion purchase (actually, two mansions: one in US and one in Aus), then again the purpose wasn’t to brag but to counter the idea that spending is bad.

In fact, spending is only bad out of context … $7 million in 7 years kind of context … when not spending would be even more absurd.

Anyhow, Josh did pull me up:

What’s the point? Maybe I’m missing something. Maybe it’s because my assets are in the 7-figure range and not the 8-figure range. But why spend $X Million on a home?

I live debt-free in a home that cost $300K. I could have bought a $2M+ home, but it seems so impersonal, pretentious, and secluded. I want people to come over and feel comfortable drinking beer with their feet up on the coffee table, or to let their kiddos run around carefree after coming inside on a rainy day. Even now, some people feel uncomfortable in my house because it is “so nice” for the area in which we live.

Well, why do people climb Mt Everest? What’s the point?

So, I have a very simple rule on spending that has kept me in good stead – through poorer and richer:

I spend money when it doesn’t make sense NOT to!

I became rich because I wanted to travel spiritually (that’s free); mentally (that costs me in time and ‘venture’ capital); and physically (that much traveling costs me a LOT of time/money: hey, I retired at 49 so I WANT to travel Business Class and stay in at least 3/4/5-star hotels).

… and, one of the side benefits of that financial success is that I have plenty of cash for cars and houses, and vacations and bling. And, for charitable gifts and deeds 🙂

PS a big house doesn’t need to be pretentious; ours is homely and welcoming and people love it because they get to hang with us, play tennis, watch movies, and swim 🙂

4 thoughts on “Why climb Mt Everest?”