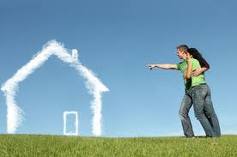 Michael asks What was the best financial move you’ve made so far? and then tells this story about his car:

I’ve concluded my best financial move to date has been my decision to keep cars for very long periods of time. I drove my first car for over seven years before it died. My second car just passed 100,000 miles this last weekend and is over nine years old.  So, here I am in my late thirties and I’m still on my second car.

Having no car payment during 9 of the last 14 years has allowed me to spend more in other areas of my life where I value such spending while still permitting me to save substantially for my future.

What an excellent question!

I’ll tell you my best financial move, then perhaps you can share yours?

I have a few ‘best financial move’ candidates (including moving to the USA, selling out just before the Great Recession, and others that I will tell you about some other time), but I can pin my ‘best’ financial move – not my biggest, but my best from a pure financial strategy point of view – down to one:

My accountant talked me into buying my own building (I had a small’ish call center operation but was renting office space at the time).

Making the purchase was very tight, financially, as the business wasn’t making a lot of money (there was a bit of juggling to come up with the cash for the deposit and making the monthly payments!). I really sweated as I was making the bids at the onsite auction (that’s how most properties are sold in my home town).

[AJC: Property valuation technique # 1: Q: How did I know how much to pay? A: I didn’t! But, I did know who I was bidding against (very important to know who your ‘opposition’ is) … a property developer. Logic told me that he would not buy for more that true current value, because it would be reasonable to expect him to buy-rehab-sell or buy-rebuild-sell. If – on the other hand – I intended to buy/use/hold, then it stands to reason that I could afford to pay AT LEAST as much as him. So, I just kept bidding until he stopped, and ended up paying just $1,000 more than his highest bid.]

To backtrack a little, I had already decided that I would buy prime real-estate in prime location, instead of buying a cheap building in an industrial area (typical for call centers, to keep costs low).

So, instead of spending, say $500k or so on a cheap industrial-area building, that’s how I found myself spending $1.35 mill up front at that auction and another $500k (100% financed) on the rehab and fitout, once I closed on the deal.

1. It was a show-case building that I thought would be my ‘shop front’ for our ‘Fortune 500’-type corporate clients, making them think we were bigger (therefore better/safer to deal with than our opposition) than we really were, and

2. I guessed that it would have great resale or redevelopment value down the line.

As things would turn out, this was one of those rare occasions when I was right … on both fronts!

Our business grew substantially in that building with many a deal completed in our own board room.

[AJC: Once the Internet era arrived circa 2000, we created a fully web-enabled system – way ahead of its time – at which point it became advantageous for us to make our sales at our clients own premises. Once they saw the drop-dead gorgeous – by 2000 standards – web-enabled charts and graphs, they virtually signed our standard contract on the spot! Our office could have been in a garbage dump then, and it would no longer have mattered. Oh, good times … good times!]

In doing so, I avoided 5 years of rent, reduced my taxes by $500k (because of the rehab), paid down about $500k of the principal, and eventually sold the  building for $2.4 million.

Once business picked up (again, partly because of the marketing / credibility benefits of such a professionally fitted out building in such a prime location) I barely noticed the payments, and probably would simply have raised my personal spending had some of the profits not gone into the mortgage and rehab repayments.

Instead, after 5 years of mostly tax-deductible ‘forced savings’ I walked away with what felt like an extra $1.5 million in my pocket. Not my grandest move, as things would turn out, but certainly my (financially) most astute …

… I encourage every business owner to do the same!

So, what’s your best – not necessarily your grandest – financial move?

13 thoughts on “What’s the best financial move that you’ve made?”