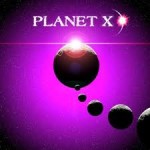 Money Ning says that you don’t need $12 million to retire.

Except on Planet AJC, ‘Ning!

Can you imagine spending $11,250 per month every 30 days until you are 70? It would actually be fun for a while, but by the 24th month, I bet you’ll be tired of buying anything. And if you just leave some money left every month? Well, down goes the savings necessary.

These humongous retirement numbers may catch our attention, but they rarely speak the truth about reality. Plus, chasing a number is a never ending game, because there’s always a higher number to go after.

When I was still $30k in debt, and going nowhere fast, I calculated that I needed $5 million to ‘retire rich’:

– I under-estimated what I needed; and, so will you!

Right now, I ‘burn’ around $250k per year (land taxes, school fees, vacations; house upkeep; etc.) and don’t consider my spending anywhere near ‘Snoop Dog Lavish’, but it’s WAY over Money Ning’s “$11,250 per month” … and, I can’t EVER imagine spending that little per month. Really.

To that annual spend, I add my two houses (to be fair, I’m trying to get rid of the US one), and my two cars (and some associated expenses) … there’s $12 million, and I don’t live in New York!

Of course, that’s not what everybody needs … maybe not even what ANYBODY needs … but, it is (give – not take – a few million) what I decided that I needed.

But, when calculating YOUR ‘number’, don’t go for the money, do as Money Ning suggests:

Chasing a number is a never ending game, because there’s always a higher number to go after. If you want to feel rich, the more appropriate approach is to just make sure money is out of your way, out of your life decisions, and out of the list of things that you worry about.

That’s what I did … it’s hardly my fault if the answer pointed to $5 Million, nor is it my fault that I ended up cashing out for a whole lot more. And, it won’t even be my fault, if you do, too.  😉