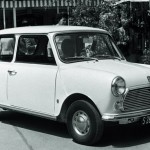 DrDollaz takes issue with whole ‘eat hamburger now so that you can eat steak later’ philosophy:

Problem with that philosophy is that years later – after being used to eating nothing but hamburger – most people have a hard time splurging on steak!

The whole fallacy of ‘saving so that you can enjoy retirement’ is BS – your life should be filled with mini-retirements.

But, Think Simple Now tried a mini-retirement and found that it wasn’t all it was cracked up to be:

When I first learned of the mini-retirement concept, I was immediately attracted to the idea. To me it represented freedom. I had all these romantic notions associated with it, and when I found a way to take three months off from work, I jumped at the first chance and ran with it.

While traveling is an eye-opening experience and a chance to see how others live in vastly different cultures. It is exhausting, on many levels. It quickly became clear to me that the romantic concept of traveling is flawed.

It turns out that TSN is more disillusioned with travel rather than mini-retirements, per se.

Fortunately, I agree with DrDollaz …

The $7million7years Way  is all about leading you to some future date where you have amassed the required amount of money to start living (your Life’s Purpose).

But, of course, if that’s all you take away then you’ve missed half the story:

Because I also say that money has only one purpose: to spend.

And, I have written many posts telling you to save now, but also to spend now!

Life is a journey …

… and, that includes the bits both before and after your reach your Number 😉