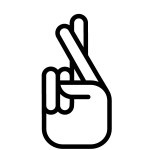 If you don’t understand why lying to anybody about anything is a Very Bad Thing, please unsubscribe from this blog … I don’t want to financially arm a lying, cheating scoundrel, you’re dangerous enough without money 🙂

This could be my shortest post ever, so let me pad it out with a very-slighty-related anecdote:

One of my friends was offered a promotion, so he had a ‘salary negotiation’ meeting with the CFO of the company (also a very nice guy and also a personal friend, which makes this all the more funny to me).

After a suitable opening discussion, the CFO reached into his briefcase and pulled out an Offer Letter with the proposed new salary on it, and signed by the CEO.

Except the payrise was trivial (like 5%) and involved a relocation; naturally, my friend pointed out to my other friend (the CFO) how inadequate the payrise was.

The CFO merely reached into his briefcase and pulled out a second letter! Neatly typed and also signed by the CEO … sneaky, huh?

Only problem was that this offer was still too low, and my friend told him so.

The CFO reached into his briefcase and pulled out a third signed letter!

I wonder how many more signed ‘official’ letters were sitting in there?

Unfortunately, we’ll never know because my first friend stopped there and my other friend (the CFO) ain’t telling.

If there is a message in all of this: negotiate the hell out of all job/business opportunities (without being a pain the the a…), but please don’t lie about it.