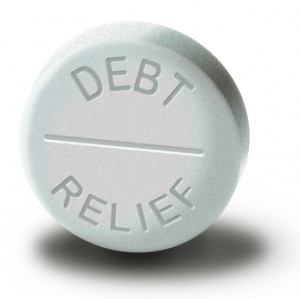 I’m not a Ramsey fan, and I am equally not a fan of pithy statements that are supposed to make us financially secure, both for the simple reason that they are unlikely to help me – or, you – achieve a Number (i.e. retirement nestegg) amount that is large enough to live my – or, your – Life’s Purpose.

Now, if you don’t have a lot of travel and free time associated with your own Life’s Purpose, then you may be able to live nicely off $50k a year indexed (assuming that you have a $1 mill. nest-egg, in today’s dollars)  … but not me!

I aimed for – and, achieved – a $7 million in 7 year target (starting $30k in debt) because that’s what I decided that I needed (actually, calculated) … and, this blog is written primarily for those who want to achieve the same.

So, it shouldn’t come as a great surprise that I both agree and disagree with Jesse – the Debt Go To Guy– who says:

Risking $1,000 a month on a possible 8% return instead of a guaranteed after-tax ROI of 5% by paying down mortgage debt is NOT such a “Duh” decision. If you do get 8% you must pay taxes, and if you live in a state like CA, then after taxes you’re about even. Plus you have slippage… transactional fees etc for the investment / trade. So risking your $1,000 a month on 8% instead of a guaranteed after tax return of 5% is not always so smart, and a bad example.

People with double-digit interest rates on credit card debt, especially the many folks paying 20-30%+ interest, are not likely to find a better investment opportunity in their entire life than inside their own liability column. Every dollar in debt paid off is a guaranteed after tax ROI of 20-30%. Warren Buffet, Peter Lynch and Sir John Templeton would all agree and even George Soros couldn’t produce a better ROI over time. What makes you think someone in debt could pull off such a stunt?

OK, that’s sound commonsense advice and hard to argue with:

– Sort your debts into high interest and low interest, and have a good crack at the high interest ones first, because the money that you save on interest is probably way higher than you could earn elsewhere. A dollar saved is a dollar earned, right?

– Now, when comparing the lower interest debts and investments, you really need to look at all the factors, such as risk, taxes, costs, etc. Often, it will be paying down the debt that wins, although I would be surprised if paying down a 5% mortgage ‘wins’ over any sensible RE, value stock, or business strategy in terms of serious wealth building.

But, I don’t really think that “Warren Buffet, Peter Lynch and Sir John Templeton would all agree and even George Soros couldn’t produce a better ROI over time”. I know that Warren Buffett has produced 20%+ compound returns, and George Soros didn’t become a billionaire on less than 20% – 30% compounded returns.

That doesn’t detract from Jesse’s statement that “every dollar in [credit card] debt paid off is a guaranteed after tax ROI of 20-30%” and I do agree that it would be almost impossible for anybody except [insert: Forbes Rich 1,000] 😉

But, here’s where I disagree with Jesse:

I think Dave Ramsey provides sound advice for most people, and while I think it’s better to expand your means and increase your income instead of living like a popper, his advice has proven to help many hundreds of thousands of people to stop paying interest and start earning interest, and that’s the key.

– “stop paying interest and start earning interest” is not the key to reaching a large Number by a soon Date.

Look, there is nothing intrinsically right or wrong about paying interest, it’s merely a by-product of a loan that you have taken out. Just make sure that the loan produces more income than the interest expense that you paying, by a wide enough margin to account for the risk, taxes, and costs that may be involved.

This is a ‘no brainer’ when you realize that a rental property can produce income (assuming that your calc’s prove that it is all worth while … by no means the case on all – or even many – properties), and it is equally a ‘no brainer’ when you realize that borrowing money on your credit card to buy an LCD TV produces NO income, so why would you do it?

But, it takes a giant leap to suddenly realize that – for any existing debt that you may already have – paying down debt on a mortgage that costs you 5%, or a student loan at 2% may not be such a brilliant idea when an investment that can produce 15% compounded comes along and you now need to decide where to put your cash: into paying off those loans (to blindly achieve a ‘no interest’ outcome) or into the investment (hopefully, to produce an income-producing asset with excellent cashflows).

Of course, we’re making an assumption that reasonable people can achieve reasonable investment returns … but, if you think those kinds of investments are almost impossible to come by, take another look at:

[AJC: and, if these all sound too scary for you, just remember that over a 20 to 30 year period a low-cost index fund that tracks, say, the S&P500 will return circa 11% to 12% (yes, before taxes and ultra-low fees), and – if you are worried about risk – has NEVER produced less than an 8% return over 30 years]

I recommend that you do the same 🙂

11 thoughts on “Even more on the debt-free fallacy …”