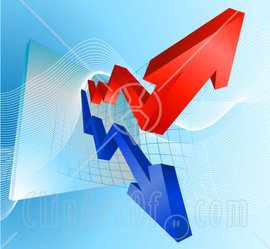 I happen to agree, mainly because business funding is hard to come by and can be very expensive …

… when, the BEST place to find the capital to run and grow your business is from the gap between:

a. Your Sales, and

This is nominally called PROFIT, but that is dangerous because it implies that you can spend it.

Remember my friend’s friend who had a business making $3 million a year? Well:

1. He gave Uncle Sam one third, and

Which sounded totally logical until I realized that his ‘cost of living’ was $1 million per year and the Rule of 20 says that he would need at least $20 million in passive investments to justify anywhere near that sort of spending level!

But, a business generating $3 million in earnings a year – as we now know – is usually worth 3 to 5 times it’s annual earnings AFTER TAX, which means his business is ‘only’ worth $6 million to $10 million … a huge amount, but nowhere near enough to justify blowing $1 million a year.

Then there’s still those savings, which (at 10% return) would generate the ‘missing’ $10 million to $14 million (i.e. to reach his $20 mill. Number) in, say, 8 to 10 years (of course, by then he needs $30 million because of inflation, which would delay things by another couple of years or so).

So, what to do with those profits?

1. Pay Uncle Sam one third, and

Well, I would use it to:

a. expand the business, and

b. invest outside of the business

… probably in roughly equal measure – with any excess amounts (i.e. that the business doesn’t need in the foreseeable future) also moved into ‘passive investments’ outside of the business.

If you do this, Mike, you will:

i) Live reasonably safely and well, and

2 thoughts on “How to fund your business expansion …”