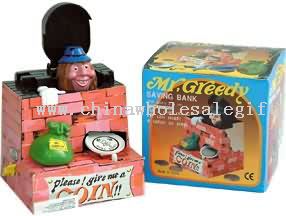 It’s fairly safe to say that Mike is NOT a fan:

I happened to stumble on this site doing some research on debt free. No wonder I’ve never heard of this site or even the radio show apparently associated with it. Anyone who thinks that living debt free is the wrong thing to do needs to have their head examined. That’s like saying Ohh we shouldnt live debt free we’re on the planet to make banks rich on our hard earned money. Nice mentality you got there. It just doesn’t hold any water. The question you should be asking yourself is would you rather live be constantly paying out your hard earned cash to banks making money off you not paying for your own assets or should you own your assets outright and control a greater portion of your hard earned cash? The choice IS obvious.

But, what of Mike’s aversion to paying the banks interest?

I look at banks a little differently to those like Mike who are averse to paying their interest, fees and charges …

But, I can put that aside, when I realize that here is a partner who is willing to put up some – or even most (if it’s a real-estate transaction) of the capital to fund my latest entrepreneurial or investment endeavor, yet they want virtually no say in how I manage that business / investment once they have put their money in … and, I even get virtually 100% control over all of the daily management decisions and even, pretty much make the ‘sell’ decision on my own.

And, all they want is a few % per year return on the money that they put in … no share of the speculative upside!

Where else can you find a partner like that?

So, Mike, I ask you: what’s your objective?

– Or is it to avoid putting any of your money into somebody else’s pocket?

I don’t mind which path you choose, as long as it gets you to your financial objective i.e. Your Number by Your Date …

I wonder what our readers think? Tell us about your good/bad experiences with bank funding …