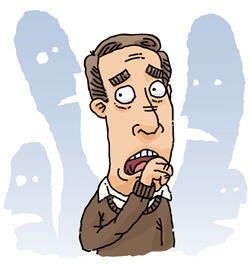 Today, I want to share one of my secret weapons for purchasing real-estate: it absolutely kills paralysis by analysis, and it works for all type of real-estate, including residential and commercial.

But, I warn you in advance, you won’t like it!

You’ll think it’s risky, you’ll think it’s stupid … then you’ll find out that I’ve actually used this method three times … well, four times … and, each time it’s made me more money than I could ever have dreamed of.

Let’s think about the biggest problem in real-estate: knowing how much to pay.

So, what are the solutions:

1. You ask a realtor – if you can trust them

2. You ask a friend – but, are they the experts

3. You ask (actually, pay) an appraiser

4. You put in the ‘hard yards’ (missing many potential bargains as you simply stand by taking notes) learning about real-estate until YOU are the expert.

Of all of these, 4. is the one that I would recommend …

Instead, I use 7million7years Patented Real-Estate Valuation Tool

Here’s how it works:

… and, I make sure that I offer just a little bit more for the property than he does. Simple!

Does this work? Sure … I’ve done this on my own home, an investment condo, a quadraplex, and an office.

Is this the cheapest way to buy such properties? Of course not; by definition, I’m always paying (at least a little) more.

Can it make money? Absolutely … I’ve probably made at least $2 million profit doing exactly this.

… and, the best part is that I’d probably still be researching my first deal if I didn’t.

Here’s one example of how it worked:

I was driving around and saw a condo for sale … actually, it was up for auction that day. I noticed that the sign was from an ‘out of town’ agent – I love these properties because they usually attract the smallest pool of buyers because the agents don’t really know how to attract the buyers out of their own area.

I went home and grabbed my checkbook and rushed back because I wanted to look at the condo before the onsite auction started: I saw a young guy in coveralls walking around with a tape measure doing a final ‘once over’ … it was obvious that he had been though the place before and was planning to rehab and flip it.

This was perfect: I simply bid against him at the auction until everybody else dropped out and it was just him and me bidding … the difference between us?

He needed to buy at a low enough price to rehab and make a quick buck; since I was buying to hold and rent, I could afford to pay a little more … which is exactly what I did: every time he bid, I bid a little more … eventually, he could bid no more, and my $500 ‘overbid’ was enough to buy the property.

But, we still own it … it’s the smallest property in our portfolio, but is still cashflow positive and has appreciated by over $250k.

So, who are these ‘unofficial appraisers’ that you are looking for?

– Home buyers – we bought our first house by attending an auction for a house that we expected to sell for a lot more; we just kept bidding until the only other serious buyer dropped out and we bought it – much to our surprise – far cheaper than we ever expected. We knew it was a good deal, because we knew the other guy had been looking around the area for quite a while

– Developers – I bought my office for $1,000 more than a developer was prepared to pay to buy it for as a ‘tear down’ … so, I figured that I was buying the property at land value and getting a whole building for only $1,000 more. I used the property for my business then sold it (a year or two after I sold the business) for around $1 million profit.

– Owner / builders – as well as the condo, I also applied the same technique to a quadraplex that I eventually bought; this was rehabbed while we were in the USA (my accountant oversaw the project) and I have never even seen the finished product, yet it is cashflow positive and has already appreciated by around $1 million. Again, I only saw this building once: on the day that I paid over $1.25 million for it!

Now, I don’t recommend that you do quite as little ‘due diligence’ as I often do (or, don’t do … as the case may be), but you have to admit that it is the ultimate cure to paralysis by analysis!

Scary, and you won’t find this technique in any book, but it works 😉