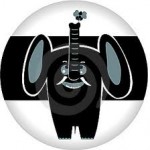 Last week I wrote about joint ventures (JV’s) in real-estate; personally, I don’t like ’em but I showed you the right way and wrong way to enter into one. You should also read the comments.

Today, I want to share an interesting e-mail discourse that I had with another reader who wants to set up  what he calls a “JV with a manufacturer”.

Firstly, what he proposed is not a JV; to me, this is one of the most overused terms. He wants a manufacturer to help him design, then manufacture a new product.

What he is setting up is a supply chain relationship, not a joint venture.

To me a JV occurs when both parties take significant risk in the ‘venture’ and in some way share the upside / downside risks.

An example might be where you come up with an idea for a new product (as this reader has) and approach a manufacturer who is willing to take your sketch or prototype and turn it into a manufacturable product at no cost to you. Or, if at cost, then the cost is shared to some significant portion, say 50/50. In return, you pay the manufacturer a (hopefully, reduced) price for the finished product + a % of sales (better yet, % of profits).

I had a number of true business joint ventures: these are when two businesses create a third business party owned by both (it need not be 50/50, in my case one was 51/49 and the other was 40/60). In a true JV both parties bring something significant to the table that makes the JV better than either party going it alone … in our case, my business brought niche industry expertise, unique software and processes and the other party brought infrastructure, client relationships and customer service.

However, if you’re thinking of entering into a JV I can only point you to a conversation that I had just prior to signing my first one:

I was on the plane with a friend heading to see the Rugby World Cup in Sydney. I told him about my plans for a series of JV’s to help me expand to other countries. He cautioned me that he was privvy to a study that showed that JV’s were successful proportionally according to size-parity between the the parties.

The corollary was that where one party was tiny (my company, at that time of 30 employees in Australia) and the other large (my $2 Bill. multinational proposed JV partner) JV’s generally did NOT work … the small guy was almost always swallowed up by the big guy.

In my case, the JV’s actually did work, but they were difficult to manage and even where I held majority ownership (as in the USA JV), that did not translate into effective control.

In the end, it all worked out well for me and for my JV partner, but always remember: it is very difficult for a fly to steer an elephant. 😉