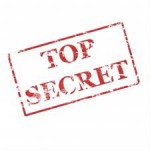 People are always looking for “magic formulas” to get rich. Even I’ve had a go at sharing mine …

But, when it comes to real-estate, the formula is simple: buy/hold/reinvest.

1. Buy positive cashflow ‘20% down’ real-estate in an area that can appreciate

2. Hold on to it until it does appreciate

3. Refinance using the extra equity plus any accumulated rental profits to create your next deposit

Here is a guy who has a very conservative (and, sensible I might add) real-estate investing strategy [AJC: for those who take the trouble to read the whole post, they will find the ‘magic formula’ they are looking for]:

I went from zero to more than one hundred units between 1977 and the early eighties by seeking tired rental property owners with free and clear buildings who were willing to finance the sales.

The early eighties was a financial climate not too unlike that today in there was really no mainstream lending occurring. It was the savings and loan crisis, Jimmy Carter and 18%+ FHA mortgages.

At the time I paid a bit more than the properties were “worth” in cash. But I operated with a buy and hold strategy so the properties became free and clear off the rents while providing me an above average income. We still own almost every property we purchased in the past 33 years.

In the early 2000’s every kid entering the business had Excel spreadsheets with estimated returns that would have them richer than Bill Gates in a decade. Every waiter, barber and auto mechanic you ran into was on their way to be the next Donald Trump or so it seemed.

Even buddies of mine called me a “dirt farmer” because I wasn’t taking advantage of easy lending and apparent ever expanding market, rather I stuck with the hard work of landlording. But the prices were unsustainable compared to rent. So I kept with what I knew worked and withdrew from buying. Between 2002 and 2010 I bought just three properties, two of which were commercial units for our own businesses. I’m still here and they all went belly up.

Usually you can’t go wrong if you are headed in the opposite direction of the majority. So that means today, with everyone shunning real estate it is probably a good time to buy, just as it was in 1982.

This year I reentered the market , but only on limited basis as there are some good deals, but for the most part the market still is in somewhat of a free fall.

My math in the beginning, which remains so today is: Assuming that you financed the whole purchase at 12% for 15 years, even if you paid cash, the property had to net $100 per month per unit after all expenses including at least $100/unit/month for maintenance. Did I get every deal? No, but why own if ownership will not help you reach a financial goal.

[AJC: 12% is very conservative; if you used 8% in the USA and 10% in Australia you would still have plenty of margin for error; remember, this guy was investing in an era with 18%+ interest rates]

It may not be ‘get rich quick’, but it is sensible 🙂

6 thoughts on “A formula for investing in real-estate …”