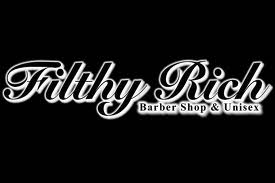 Darwin’s Money shares a story about his barber that shows how anybody can become rich; here’s a trimmed down version of Darwin’s assessment of how his barber became rich:

This looks likes an great observational report … I’m not certain that Darwin actually asked his barber how much money he has or how he made it?

I’ll do the reverse; I’ll tell you how I made my money … it’s much the same as the barber, but I think it’s the order that’s critical:

Business Savvy, Impatient, Small Business Owner – I started by becoming a small business owner, then trying to become business savvy. But, it was a slow path. When I finally hit rock bottom (business-wise) and found my Life’s Purpose, hence my Number, I suddenly became impatient. In fact, this was the turning point for me: as I accelerated my business growth, I accelerated my income, which is the first key to becoming rich.

Frugal – Now, this is where most high income earners go wrong: as their income increases, they become looser with their money. It should be quite the reverse: in dollar terms it’s OK to (in fact, you should) reward yourself by increasing your expenditure [slightly] in $ terms. But, and this is the secret, you should be decreasing your expenditure in % terms. While it’s fine and dandy to be frugal while you are still on a low and/or fixed income (i.e. job), it’s actually critical to become more frugal in relative terms as your income increases.

… and Patient Real-Estate Mogul – What to do with the rapidly increasing bank balance? Well, you could put it in mutual funds (but the fees are too high and/or the returns are too slow), stocks (but, they are not leveraged enough), or other businesses (but, you run the risk of spreading yourself too thin). For me, the best compromise between the leverage of a true business and a passive investment is – and remains – investment-grade real-estate. This is where being patient finally kicks in, because buy/hold real-estate is subject to the vagaries of the market. But, I had a primary source of growing income, so I didn’t need to touch my real-estate investment income until I finally began Life After Work.

So, my assessment is that Darwin is right, but the order is wrong.

Oh, I also think that you can substitute small business ownership for any high income potential (e.g. highly-paid professional; CxO-level employee; consultant; etc.) with the only catch being that you miss out on the potential capital gains that owning a business may offer – on the other hand, you may be able to negotiate yourself a nice golden parachute …

How well do you think this simple strategy could work for you?