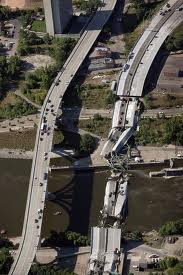 Thanks for the great – and, well thought out – responses to Bristol’s shout out for help with his debts:

I was stuck in an internal conflict about paying off debt or investing for years until now. I would like to apply your debt cascade to my financial situation and need your help.

You’ll have to take a quick look at my original post for the details, but the jury was pretty much split over whether Bristol could (or should) pay off his debts now or later (for the purposes of investing instead).

Marie summarized the ‘FOR paying off the debt fast’ case quite succinctly:

Seems like he can pay off his loans in 19 months

But, many were on the AGAINST side, including traineeinvestor who offered some great advice:

I would invest it all and not make any early debt repayments. Five percent (the most expensive debt – assuming it is not tax deductable) is a pretty low threshold rate of return to beat and mortgages and student loans are unlikely to be called early unless you miss a payment.

I’m right on the fence with this one … for two reasons:

The first is that, while average returns are much better than the interest rates being earned (actually saved … but a dollar saved is a dollar earned right?), if Bristol also applies his $10k cash stash to the debt, it may take him <2 years to pay off all of the loans … over that short period who knows what investment returns will be?

And, there is something to be said for being debt free … especially when it can happen so quickly!

[AJC: on the proviso that the debt repayments are immediately rolled into an aggressive – and, maintained – investment program]

On the other hand, if Bristol has a plan to make an immediate investment (found a great business to buy or invest in; found a great real-estate investment; has a brilliant idea for anew business; and so on) then why hold off on ‘the big payoff’ to pay down circa 5% debt, instead?

But, Bristol has none of those plans right now, and that brings me to my second – much more important – point, foreshadowed by Luis:

Who cares about your debt at this time! What do you want to do with your life?

I do have a stable job where I invest in the 401k up to the match% only. I have $10000 in a savings [account] and $10000 in a few blue chip stocks. I would  be willing to invest the majority of my savings. I am currently 23years old and would like to retire at least by age 55. So that would be 2066 and per cnn retirement calculator i would need 5.9million dollars (2.2million in todays dollars) to spend retirement happily. I think i could reasonably get 8% return. I think I would mostly like to invest in the stock market.

I think the expectation of working hard, living sensibly, saving hard, and starting young to retire on $2.2 million dollars (today’s dollars) in 30+ years would seem reasonable, wouldn’t it? In fact, this seems to be the mantra of much personal finance advice right now …

Yet, this is what happened when I sent Bristol off to play with an online calculator for a while:

I have been plugging my numbers into a similar calculator one that takes into consideration additional monthy contributions and have realized that if I want to reach my goal I will have to be much more aggresive. Although it is possible for me to get there, its just not happening on 8%. So I have alot of thinking to do about how to get there and how much risk Im willing to take. One thing is for sure, time is money and I will not be putting extra money onto the school loans anymore!

Inflation forces very large Numbers for even relatively modest retirements:  <$90k p.a. in today’s dollars (Bristol’s approx. target, based on a 4% ‘safe’ withdrawal rate on his $2.2 mill. pre-inflation target) may be considered luxurious by many, but – be honest – would you be happy working hard and being financially disciplined for 30 years and retiring on less?

So, inflated (at a relatively modest 3% inflation rate) an ‘easy’ target like $90k a year (today’s dollars) requires you to save nearly $6 million over your working life; simple logic tells you that this is impossible for a normal working person … Bristol included.

Bristol’s problem isn’t how to pay his debt; it’s how to amass at least $6 million in 30 years!

And, Bristol’s not the only one …

Who’s there to give the Bristol’s of this world the big picture?

13 thoughts on “PF advice in America is broken …”