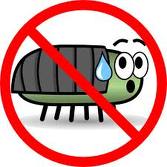 Do you have the ‘more’ bug?

I certainly do, and I think that most of us do … in fact, I’m so sure of it, because I see hundreds of blogs and books solely aimed at eradicating the disease with drastic remedies such as self-flagellating frugality and anorexic debt diets.

Kind of reminds me of how we used to treat ourselves with blood-letting, hole-in-head-drilling, and leeching – actually, all still legitimate remedies in a tiny minority of real-world cases – because we didn’t know any better.

In those days, a ‘real’ doctor, prescribing a drug that they had discovered would have been seen as a heretic or master of the ‘black arts’ (Louis Pasteur, anybody?).

But, I’m getting ahead of myself … first, here’s how Scott (a doctor, plenty of disposable income, so he’s a prime candidate) describes the symptoms:

I think a big dragon that we all face is that human nature of wanting more. We all seem to do it to some degree or another. We’ll live in a 150k-200k house(which was probably an amazing home to our grandparents standards) and while there, we imagine that million dollar pad. Once we get that, we need a 5 million dollar one, etc..etc..and our number continues to climb with the chronic discontent and needing more.

As Scott says, it’s not such much a ‘bug’ as a human condition: to always want more.

To get a little metaphysical: if you were the Ultimate Higher Power and you wanted to design an environment with endless conflict (all the way up from a personal level to a global level), you would fill it with little creatures that you ‘program’ to always want ‘more’. And, you would give them the tools (opposable thumbs, a modicum of intelligence, and inventiveness) to ensure that they create an endless stream of upscaled ‘stuff’ to constantly fuel that desire.

Assuming that the ‘more’ bug is curable … or at least manageable … how do you deal with this seemingly insatiable desire for ‘more’?

Well, if it really is a disease or condition, then I’m not sure how easy it is to switch off the ‘more’ switch; maybe a 12 Step Program for Wants (might be a great online/offline business here for any psychologists who have a side interest in personal finance)?

But, if it is real – and, manageable – then another strategy might be to build in gradual spending/lifestyle increases into your budget. Allow the ‘disease’, but control it …

For example, I drive a BMW M3 Convertible (in Australia, this is a USD$200k car, due to low volumes, importation costs, and exorbitant luxury vehicle taxes) but I really WANT a Ferrari ($500k++).

So, I have given myself a target:

Develop and/or cash out (for a certain amount over purchase price) on my development sites and I ‘reward’ myself with the Ferrari (not as simple as that: I will also need a day-to-day car, so figure a $150k Audi S6 or Maserati Quattroporte, in addition to the Ferrari … repeat every 5 to 8 years). I think that some of the Sudden Money strategies that I posted about recently are ideal for managing this.

Another way to deal with this was suggested by Robert Kiyosaki: he said that he, too, wanted a Ferrari. His wife said that he could only buy one if he generated the income to cover it. So, he bought a self-storage business and used the income to fund the payments on the car … I’m OK with this: even though he’s funding the car, rather than paying cash, the capital is in an income-producing asset – one that really should increase in value over time.

And, it’s not a ‘real’ business, in that it won’t need a lot of ‘hands on’ management … of course, it’s not a real passive investment either. Other candidates could be automated / no staff car-washes; ‘coin’ laundries (the new kind that use cards instead of cash); and, some of the absentee-owner franchises.

[AJC: Just be warned, you probably can’t tax-deduct much – if any – of the vehicle payments. Contrary to what the financial spruikers and shysters will tell you, the IRS is not stupid: why do you need a Ferrari to help the self-storage business / car-wash / coin-laundry produce an income?!]

But, now that Scott mentions it, I do have a hankering for an island

One thought on “Beating the ‘more’ bug!”