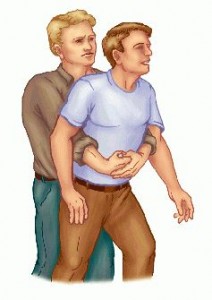 In my last post I shared a lesson from Henry Hazlitt (from his book Economics in One Lesson called “The Broken Window”); in summary:

Some yahoo breaks the window of a bakery. Did he create employment by causing $250 in repairs, thus giving the window repair man more money to go and spend in a kind of economic ‘mini stimulus package’?

Well, no, as many of my readers were quick to point out …

What is missing from the thought experiment of the gathered crowd is the fact that the baker was going to buy a suit with that $250 but he can no longer do that since he is $250 poorer. The suit he was going to buy can no longer come into being since the tailor is not going to get that $250 to make the suit. So in this community, the window repair man and all of the merchants he would spend the money with make out but the tailor and all of the people he would spend his money with lose out. So, was there really any net loss or gain? Other than for the baker, no. Instead of having a window and a suit, he just has a window and is now $250 poorer.

But, “the main reason why no one typically considers the tailor and the merchants he would buy from is that, since the suit never came into being and was not readily visible, it never entered into anyone’s thoughts. The window, however, is quite visible and it does not take much to reason through who would benefit from the broken window.”

This issue of visibility is central to the way that most people manage their finances: the money goes where the need is most visible … now!

PS Before you point it out, I know that the image, above, isn’t the Hazlitt Maneuver … it’s the Heineken Maneuver, of course 😛

3 thoughts on “The Hazlitt Maneuver Fallacy”