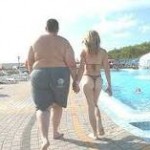 I love (not!) these “secrets of how a millionaire thinks” types of articles, like this one called 10 Things A Millionaire Won’t Tell You [AJC: actually, this one really is quite interesting] …

… the problem is that they mix the poor millionaires in with the rich ones!

I’m not sure that I can define a ‘rich millionaire’ for you (seems like a tautology, but isn’t), but it’s something GREATER than $7 million, because I don’t ‘feel’ rich yet. Wealthy, yes. Wealthy enough to live my Life’s Purpose without ever needing to work again … just.

But, when you become a ‘millionaire’ you won’t: you’ll expect the house + a second home in the country. You’ll expect the BMW and Lexus on the street + the ‘exotic’ in the garage. And, you will only want the best for your kids (unless you already live in a top public school district … then, watch your land taxes!).

You need to pin this down … now … when you are working on your required annual living expenses. Inflate this by 4% per year until you expect to retire (a.k.a. begin Life After Work). Multiply by 20. Add in your one-time costs (e.g. house/s). There’s your Number.

Which brings me back to my point; as the article says:

Some 10 million households have a net worth above $1 million, excluding home equity, almost double the number in 2002. Moreover, a recent survey by Fidelity found just 8 percent of millionaires think they’re “very” or “extremely” wealthy, while 19 percent don’t feel rich at all.

If that makes me rich, then I was rich when I was still working my first job in my mid-twenties.

So, what does it take to truly feel rich, these days. Somewhere north of $7 million …

… Fidelity says the ‘magic number’ is about $23 million [AJC: citation needed; can anyone find the original Fidelity source for this?] before fat boy gets thong girl.

5 thoughts on “Who cares what a millionaire won’t tell you?”