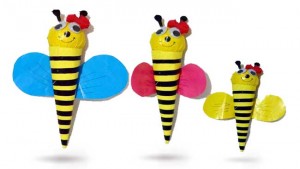 … strangely enough, making money is actually not my hobby [AJC: although, I far prefer it to the alternative ;)] although making money gives me the credibility to do the talking/writing.

Anyhow, one of my latest readings is a series of e-mails that is a section-by-section delivery of what Malcolm Hughes also sells as an eBook.

Presumably, when reading these e-mails, you will get SO EXCITED that you won’t be able to wait for the next FREE e-mail, so you will fork out your money for the eBook – ‘Millionaire Stealth Secrets’ Handbook.

Surprisingly, I found that I can wait 😉

For a ‘Millionaire Handbook’, there’s actually NO advice on making/keeping money that I can see, unless you count e-mail upon boring e-mail of goal setting / visualization / dreaming mumbo-jumbo as ‘millionaire advice’.

In fact, the first piece of sensible advice that I can see is the following passage from the 28th e-mail in the series (!):

Listen to this…   Every single hugely successful person in the history of mankind has failed at least once. In many ways, they had to in order to succeed. Richard Branson [billionaire founder/owner of Virgin Records/Airlines/Credit Cards/etc./etc./etc.] was almost put out of business by the Royal Mail strikes of 1971. His mail order record business relied on the post to make money. Instead of ruining him, it made him stronger and he began opening his record shops. He was also nearly liquidised by Coutts Bank for being £300,000 in overdraft!

But whatever had happened, there would still be a Richard Branson. In fact, if Coutts Bank HAD liquidised him, he might have been even richer by now! You see, what CAN happen to a person when he/she fails is that he/she realises at least 3 things that he/she would not have realised had he/she not failed.

Fear of failure is one of the key hold-backs that stops people from stepping out of their comfort-zone, so this is good – and true – advice.

Unfortunately, IMHO the rest is BS 🙂

4 thoughts on “You gotta have a hobby …”