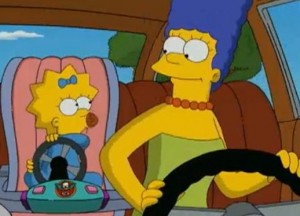 But, why do these myths exist?

I think for two reasons:

1. They may work for the lower required annual compound growth rates i.e. smaller Numbers / later Dates that most personal finance bloggers and authors have personally experienced,

2. People propagate ideas put forward by one author until they become The Truth.

In other words, some of these ‘common wisdom’ personal finance – and, business – truisms are simply aimed at an audience who doesn’t need to get rich(er) quick(er) … and, following those ‘rules’ will ensure that they get exactly what they aim for: 40 years of hard work, followed by a ‘frugal retirement’ 😉

So it is for the myth of business control:

People start their business with the idea that they either have 100% ownership – or, perhaps a 50/50 founding partner – from Day 1 and fervently believe that they will retain this mythical ‘control’ over their business (hence their life) as long at they hold on to at least 51% of their business …

… and, if they should need some outside investment – in their minds, at least – it’s critical that they give away less than 50% of the equity in their company.

You give up 51 % control and who is to say you will make any money at all?? the new controlling owners could eventually throw you to the street.I’ve seen that happen a few times.

Personally, if there is no other options than to go for outside investors to move forward, your better off not giving up any more than 20 to 30% control ever.

First let me break a little myth in this blog … the ‘myth’ that I think that it’s a good idea to hand over a chunk of your company to an investor … nothing could be further from the truth:

I believe (and, have stated) – that you need to have a VERY good reason to give ANY equity away (for reasons that I explained in Decision Point # 1 in this post).

But, once you have crossed that line – and, have exhausted Friends/Family/Fools who may invest token amounts for token equity (i.e. that 20% – 30% that Steve talks about) – you will find that control goes with the money NO MATTER WHAT THE NOMINAL % MAY BE that you agree to hand over (and, THE INVESTOR will decide that %, not you!) …

… if you don’t like the deal, then you will have to make do without the money.

The tool that your investor will rely on is the Shareholders Agreement, where they will make sure that critical decisions (eg hiring/firing; purchases over – say – $10k; new capital raisings; etc.), at a bare minimum, will require unanimous approval of the board … naturally, the outside shareholders will expect to have a seat on that board.

So, at a minimum, a smart minority shareholder will effectively hold the power of veto over your business … and, the Shareholder’s Agreement allows plenty of scope to even provide them with effective control over the business, regardless of their shareholding (be it 20% or 80%).

BUT, and I stress this, as I said to Steve:

There are no hard and fast rules: feel free to find the ‘fool’ who will invest a significant amount without the ability to put you on the street if you don’t perform 😉

6 thoughts on “The Myth of Control …”