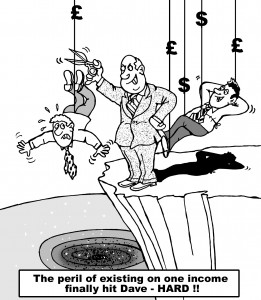 Multiple Income Streams is the ONLY way to Achieve Extreme Wealth …

But, is it true even if we substitute ‘usually’ for ‘only’?

Again, I don’t think so … in fact, I feel that most people achieve a very high level of INCOME from just one of their ‘multiple streams of income’ (that is, even if they have more than one) … for me, it was very much an 80/20 thing:

– One of my businesses produced $1 million a year EBITDA (earnings before bullsh*t),

Now, for those who are astute, you will see that I twisted the original statement from ‘wealth’ to ‘income’ … and, as we all know by now:

Income [does not equal] Wealth

So, this is what I think: you don’t necessarily need multiple streams of income, but you DO need a place to store the income earned – and, it’s the wealth that “passively” builds up there that creates the true wealth (at least, it did for me i.e. my businesses fueled my property investments, and THAT’S what took me to my first $7 million) – and that more equates to my Perpetual Money Machine concept than it does to the usually espoused Multiple Income Streams Fallacy … they may seem the same, but they are very different:

5 thoughts on “The Myth of Multiple Income Streams …”